Brussels International is Europe and the World 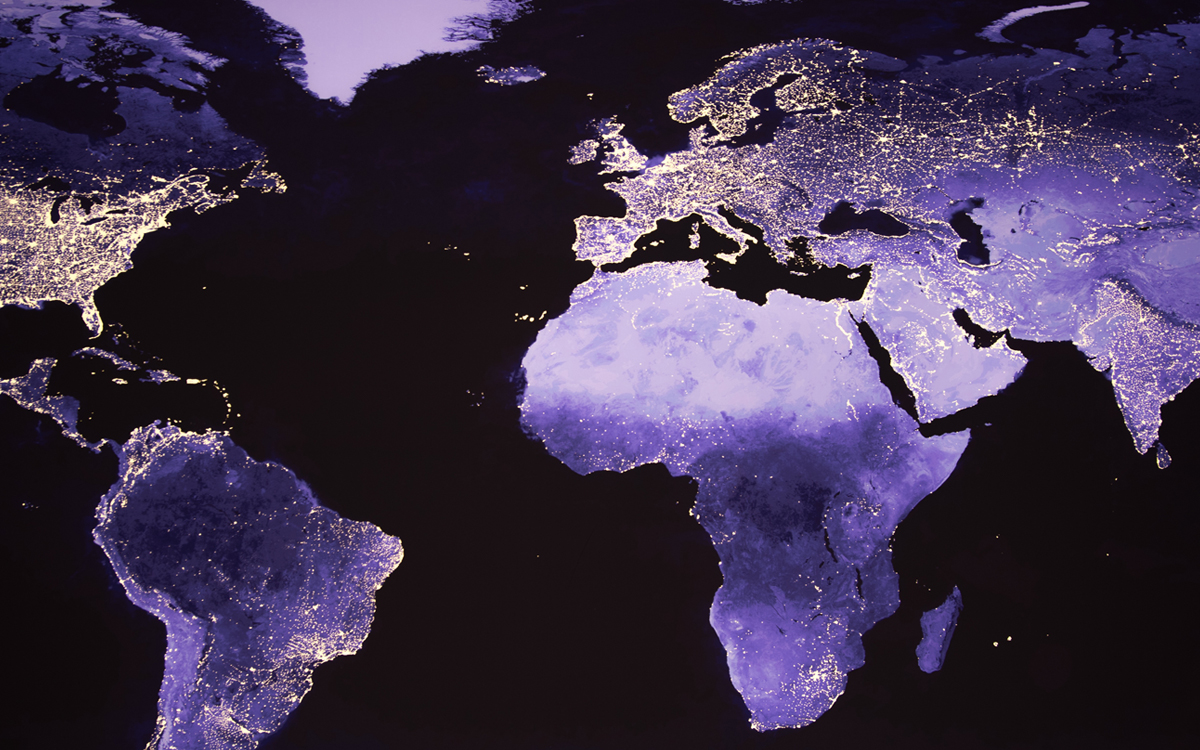 The Brussels-Capital Region has pursued a dynamic foreign policy since its creation in 1989.  As the capital of the European Union, but much more than that, it hosts many international institutions and organisations.

The Brussels International administration was created in 2019 to develop a coherent European and foreign policy for the Brussels-Capital Region. It works within the Brussels Regional Public Service and is responsible for coordinating the Region’s European relations and commitments and representing it in the world.

This new Directorate-General has been placed under the responsibility of its Director-General, Anne Claes, who unveiled her vision and the missions of Brussels International!

Brussels International is Europe and the World!

As an introduction, Anne Claes sets the tone:

BRUSSELS INTERNATIONAL IS BRUSSELS AND THE WORLD

Basically, Brussels International manages the Brussels-Capital Region’s relations with the rest of the world, which covers a very wide range of missions that can be structured into four main areas:

1. Defend and promote the interests of the Brussels region at the European and international level, i.e.:

2. Support the deployment of European (regional) policies and international obligations on the territory of Brussels, which involves:

3. Constitute the hub of European and international expertise of the Brussels Region, through the following missions in particular:

4. Assert Brussels’ presence on the international scene, which translates into:

“What needs to be emphasised is the fact that one of the fundamental missions of Brussels International is to create and develop a truly coherent international and European policy for the Region.
This implies developing bilateral and multilateral relations with a multitude of partners by coordinating the activities of the Brussels institutional stakeholders who work internationally and by collaborating closely with some of them, such as hub.brussels on issues of foreign trade and attractiveness to investors.

And, of course, it also includes all the actions to promote Brussels on the international scene during big events all over the world”.

It is therefore understandable that the coordinated management of these multiple missions required a specific organisation, which can be summarised as follows: 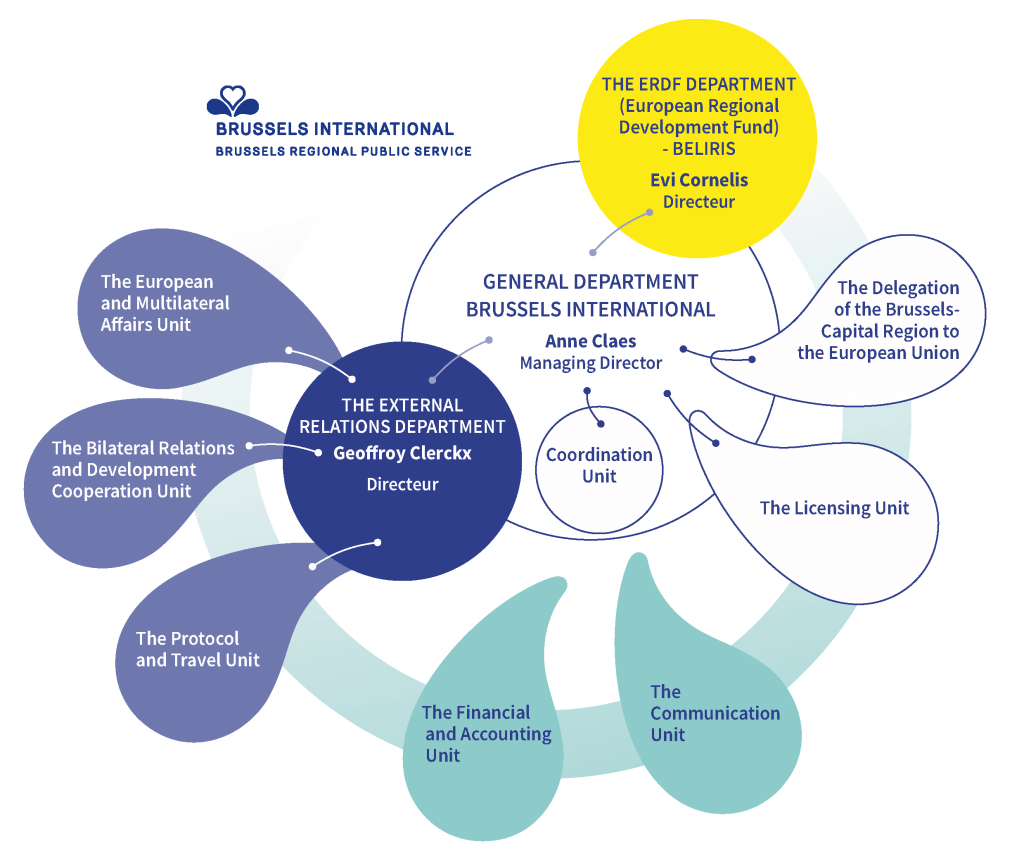 AND IT IS ALSO EUROPE, OF COURSE

The aim of this is to optimise the coordination of international relations to ensure the coherent positioning of the Region on the European and international scene while helping to meet the specific needs of regional services, partners and clients.

And to underline the role of Brussels International in the ERDF programming, as Anne Claes explains:

“In fact, as far as European structural funds are concerned, Brussels International is involved from the negotiation phase of the European Commission’s legislative proposals to the concrete implementation of this important European policy.

In practical terms, the Region’s Delegation to the European Union defends Brussels’ interests both within the inter-federal consultation structures and within the EU Council of Ministers.

The ERDF Directorate will prepare the operational programmes for each seven-year programming period, that is to say, define, in accordance with European Commission guidelines, the objectives for which we want to have the financial support of the Union in accordance with the main priorities set by the Regional Government.

It is therefore essential that it works well with the other regional administrations.
Our role, in short, is to match regional priorities with European priorities.”

After many months of work and consultations with all the stakeholders, the 2021-2027 operational programme must still be validated at the second reading by the Brussels Government and then by the European Commission.

Thematic calls for projects will then be published to ensure we achieve the objectives set out in this key strategic document.
We will then enter a new phase for the European teams of Brussels International which, after project selection, will support the project leaders to ensure they achieve them in compliance with European rules.

“These information, selection and project leader support missions are obviously fundamental for the ERDF Department of Brussels International.

It is very clearly important to ensure that these projects and policies are constructed harmoniously and for the benefit of everyone, the project owners, the region and its inhabitants.”

As we can see, as the authority managing the structural funds, Brussels International ensures that the European funds devolved to the Brussels region are used in everyone’s interests.